Dividend distributions (including liquidation payments, repayments of capital and stock repurchases) are generally subject to 15% Dutch dividend withholding tax. This rate also applies to interest paid on qualifying hybrid loans, since such loans are deemed to be equity of the debtor.

The exemption is not granted in the event of abusive situations, whereby the beneficiary:

The 15% dividend withholding tax rate may be reduced under a bilateral tax treaty concluded by the Netherlands and the jurisdiction of which the beneficiary is considered a resident.

An exemption or reduction of Dutch dividend withholding tax is not granted in the event of generally artificial arrangements that have the objective to obtain the aforementioned tax exemption (dividend stripping).

As a general rule, profit distributions by a Dutch cooperative are not subject to Dutch dividend withholding tax. However, due to the legislator’s ongoing objective to combat the abuse of the Dutch tax system, certain payments made by a so-called “qualifying holding cooperative” (in Dutch: houdstercoöperatie) are subject to dividend withholding tax. A cooperative qualifies as such if its activities in the year preceding the distribution mainly consisted of:

A bill for a conditional dividend withholding on exit has been has been submitted in 2020 and is currently still pending. In short, the bill introduces an exit tax for Dutch dividend withholding tax purposes in relation to a deemed dividend distribution occurring as a result of certain cross-border reorganisations, such as:

WHITHOLDING TAX ON INTEREST AND ROYALTIES

Since 1 January 2021 a 25% withholding tax on interest and royalty payments may apply in the Netherlands as a result of the implementation of the Dutch Withholding Tax Act 2021. The withholding tax typically applies if the beneficially entitled recipient of the interest or royalty:

Special attention is required if hybrid entities are involved or in case of back-to-back arrangements. The rules also target abusive situations. The applicable withholding tax rate is 25%.

A bill has been submitted to extend the application of these rules to dividend payments as from 1 January 2024. This bill is still subject to approval by Dutch parliament. 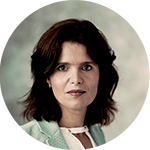 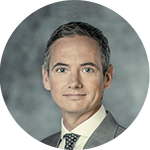 You can download a PDF version of our guide Doing business in the Netherlands here. All chapters are included.