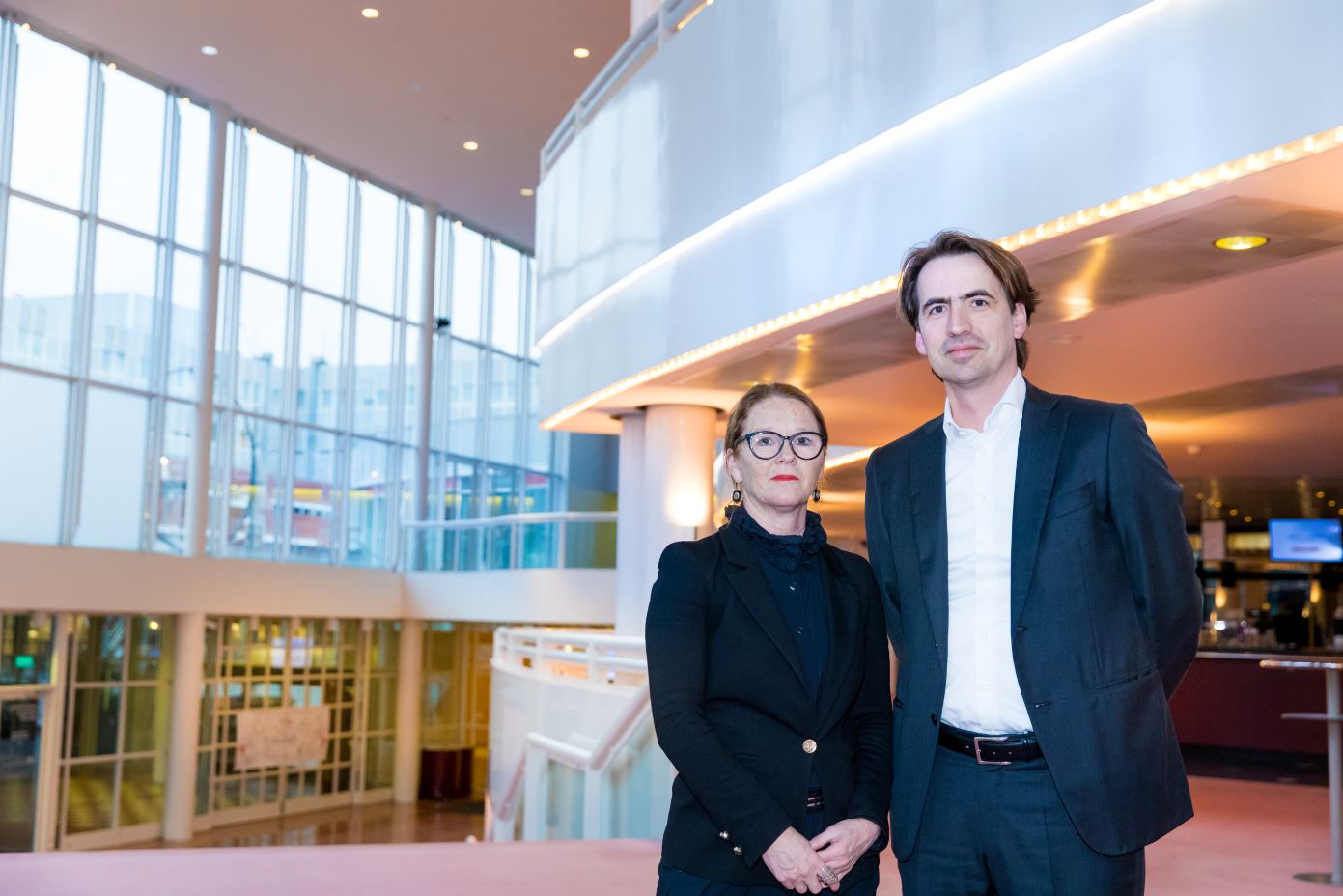 In January, Houthoff and the Dutch National Opera & Ballet announced that they would be embarking on a partnership in the form of a principal sponsorship.

Over 600 staff at the Dutch National Opera & Ballet work on creating top-quality performances at an international level, in the fields of opera, ballet and related musical and dramatic arts. Our organisation wants people to connect with, be moved by and be involved with opera and ballet, as well as the rich cultural life of the Netherlands. Craftsmanship, creativity, daring and commitment are qualities that our staff have in common.

What does this partnership mean for your organisation?

Els: “As the Dutch National Opera & Ballet, we identify ourselves with Houthoff in its brand promise, Going Beyond. For us, the partnership is more than simply a financial contribution from a sponsor. We see that the brands are a good fit and we can enhance each other in many ways.”

Michiel: “I completely agree with Els. I have huge admiration for the strides that the Dutch National Opera & Ballet has made in recent decades. If I may say so, I see parallels with Houthoff’s development. Through this partnership we can help each other to become even better.”

Was this the first time you had met each other, or had you known each other well before embarking on the partnership?

Els: “I have often worked with Houthoff. I am a perfectionist myself, and that’s something I have found and appreciated at Houthoff too. As a client, I was impressed with the professionalism and business culture at Houthoff. I see this again now in the partnership.”

Michiel: “I have been a serious lover of ballet for a long time. In the world of ballet, the Dutch National Opera & Ballet is among the very best in the world. For me personally, the world of opera is a little more remote. But as a professional, I appreciate that the Dutch National Opera & Ballet also deserves and enjoys worldwide recognition in this art form too, as it leads the way with innovative international co-productions.”

The Netherlands is a small country. So how can you still be relevant on the world stage?

Els: “The Dutch National Opera & Ballet is a relatively young organisation but with an impressive history. We have reached the world top with the National Opera by continually producing quality, stimulating innovation and using our modest resources to maximum effect. With passion and persistence, Pierre Audi and his team are always aiming for quality and innovation. We are only in the middle league as far as the budget is concerned, but artistically we are right at the top. Large opera houses tend to spend all their budget on attracting the global stars. Audi pays attention not only to the quality of the large and small roles, but to other people in the company too such as the conductors, designers and directors, which raises the level of the entire team.

The National Ballet has made national and international history with three world-renowned choreographers; Rudi van Dantzig, Toer van Schayk and Hans van Manen. Ted Brandsen has inspired the company to great heights through the quality of the entire company, the fantastic choreographers he attracts and the innovative impulses he always gives, even to his own ballets. The National Ballet is now one of the best in the world.

Over the years, we have not only developed as a company, but have also been able to contribute to creating a cultural climate in Amsterdam where talent feels at home. We have grown together with the public, as it were. In doing so, we have a national responsibility; not only for Amsterdam, but for the whole country. We work with the great houses around the world, such as the Met in New York, La Scala in Milan, Bastille Paris, the Royal Ballet in London and the San Francisco Ballet. Co-productions are becoming increasingly important, also for our international profile. International cooperation is essential if you want to reach the top.”

Michiel: “Houthoff is also a relatively young organisation with a strong history. Following the merger of Houthoff and Buruma in 1999, we have grown steadily, both in size and quality. What Els says about international cooperation really resonates with me too. A large part of our turnover today comes from abroad. We can only achieve this if foreign firms trust us. That is why we always deliver the highest quality and invest intensively in our relationships with other leading firms.
And at Houthoff too, it’s not about a single star performer. It’s all about the performance of the whole team.”

What can we expect for the new season?

Els: “The National Opera will be opening with Mozart’s Zauberflöte, directed by Simon McBurney. This will be followed by Il Barbiere di Siviglia by Rossini in a new production with the Dutch director Lotte de Beer, with scenery and costumes created by the renowned multi-talented Julian Crouch. Porgy and Bess by George Gershwin will open in 2019, a co-production with the Met in New York and the English National Opera in London. Later in the season we can look forward to a phenomenal production of Puccini’s Madame Butterfly. Several new productions are also on the programme, as well as a project on an unprecedented scale; aus LICHT, based on the masterpiece by Karl Heinz Stockhausen. This marathon, developed with the Royal Conservatory of The Hague and the Holland Festival, will be a once-in-a-lifetime experience.

Read the season’s brochure of the Dutch National Opera & Ballet or the programme.