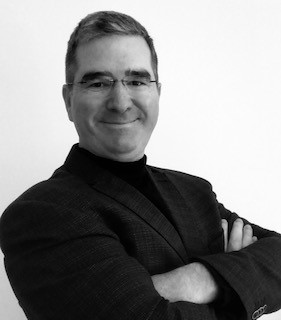 Arnaud Sonnet has been Managing Director Europe since May 2021 and is responsible for growing Quorum’s regional market awareness and sales revenue.

He has 22 years of experience in media, technology and EU public affairs in various multicultural environments. He led the European office of FiscalNote, a technology and media company. Arnaud also worked as EURACTIV’s Public Affairs Director and was responsible for communication and public affairs projects. He also had account management responsibilities at European level for Thomson Reuters, the international press agency and at Verisk 3E, a global provider of regulatory and compliance information services.

Quorum is public affairs software that helps you work smarter and move faster. Thousands of public affairs professionals use Quorum for their work in Congress, all 50 state legislatures, major U.S. cities, the European Union, and several additional countries.

Quorum works with organisations like Coca-Cola, the United Nations Foundation, Sierra Club, General Motors, Lyft, and the National Restaurant Association. Founded in 2014, Quorum is headquartered in Washington, D.C. with an international office in Brussels.

The market is adapting to its environment, most likely due to the nature of human beings to find solutions while facing a crisis.

How is the local market doing now?

The world has been deeply impacted by the COVID-19 pandemic and we all acknowledge now that digital transition has been accelerating in the past 15 months. Today, public affairs professionals are also affected by this transformation and to cope with a large number of topics, information and data, a smart one-stop-shop solution is a must have.

Despite a severe slowdown of activities since March 2020, the EU and Members States maintained a certain level of policy making but in a unique way including more video conferences and less face-to-face meetings.

Since the end of Q1 2021, after few months of uncertainty, the EU Affairs market has shown some signs of vigorousness with new ways of working. The market is adapting to its

environment, most likely due to the nature of human beings to find solutions while facing a crisis.

Digitalisation is clearly entering in today’s life in a deeper and more sustainable way. New working trends have and will continue to be implemented by companies where professionals will be working remotely a few days a week. Time will become more valuable for human interactions as it shall be limited or under restrictions… and activities such as meeting, communicating and engaging will need to be effective. Such an efficiency will imply the capacity to cope with the ocean of policy information, permanent social media updates and continuous data generation.

Dedicated platforms such as Quorum will bring the necessary intelligence to public affairs professionals who will deal with smarter and faster methodologies and bring better reactivity and working efficiency.

Do you see any differences with the markets in other countries?

There is no doubt the US is leading in terms of platforms embedding AI and automatic flows of information. The EU is naturally following the same path as this modern way of working definitely impacts productivity and collaborative attitude between teams working remotely or internationally. Such platforms map, track, change and report on policy landscapes where public affairs professionals can adeptly and safely navigate.

What do you see in the next three years? What will be the main challenges and opportunities?

Artificial Intelligence, like humankind, has its own limits and public affairs professionals will continue to play a major role in the policy making process. Indeed, they will continue to connect the dots in a complex environment and to ensure their interactions with the EU policy makers stay strong and permanent.

However, structured and unstructured information will impact the sector mainly by crunching figures and facts which will lead towards a more transparent process and support democratic values. Digitalisation of EU public affairs will therefore turn into a competitive advantage. It has already started, and this trend will simply grow over the coming months.

Could you also say something about the most notable difference in doing business with Dutch people or Dutch companies (if any)?

The intangible character of Dutch people during negotiations is to get straight to the point. Value for money needs to be clearly stressed before a decision can be made. This clearly stimulates the exchange to arrive at a compromise for both parties.

Greetje specialises in EU law and competition law, including State aid and market and government regulations. She advises companies and public bodies on the State aid aspects of strategic projects and public-private partnerships. Greetje also advises companies on the compatibility of business practices and various types of collaboration with the competition rules and a very wide range of EU regulations on agrifood, including the common organisation of the

agricultural markets, food law, biocides, pesticides, and with regard to other medicinal products, medical devices and hazardous substances (REACH).

Greetje has specific expertise on the interaction between the rules for the common organisation of markets and competition. Greetje is also involved in several national and European proceedings on matters related to her areas of specialisation. She has particular experience litigating before the European Court of Justice and the General